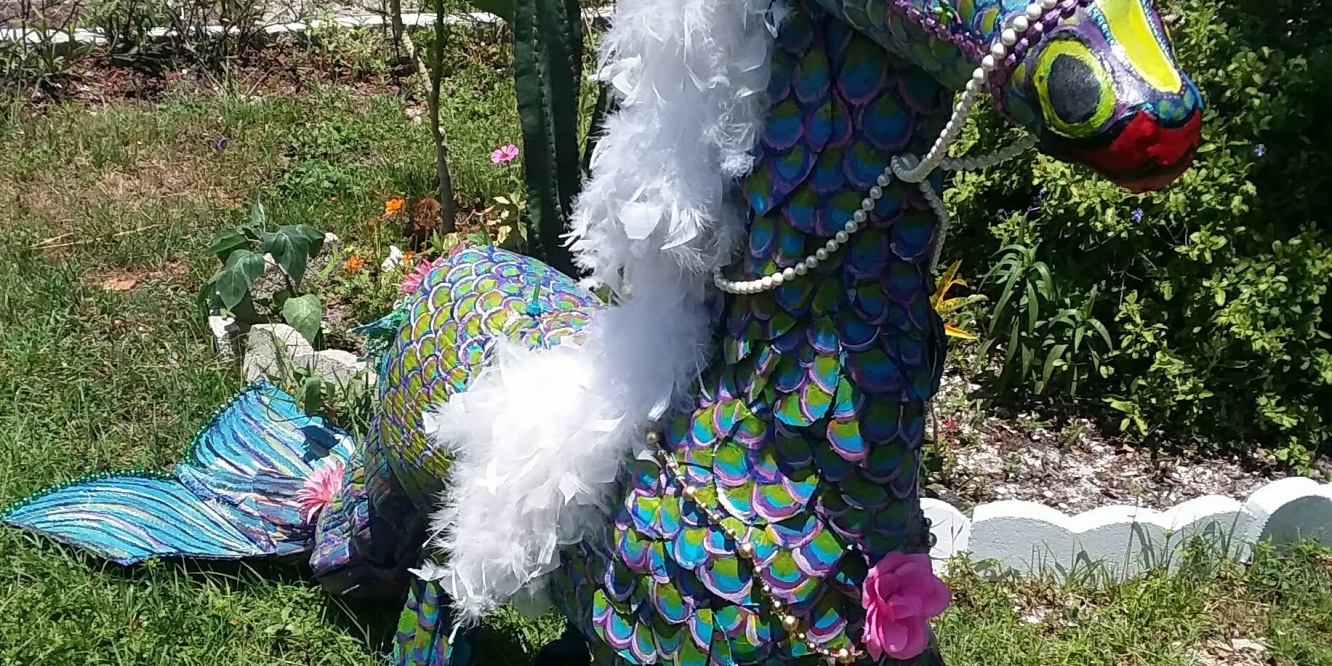 Did I ever tell you my nickname as a small child? It was ‘Paper Factory’. Not Kissy Poo, not Huggy Bear…no, it was Paper Factory. The reason being that I was always sitting, round-tipped scissors in hand, with a swath of construction paper scraps strewn around me. It was like the Saturn’s rings, little pieces, big pieces and lots of Elmer’s. Along with buttons and bits of ribbon and whatever small rodent pelt I happened to have skinned off that day…I like fur, what can I say? So, I guess they could have called me Buffalo Bill, or Hannibal Lecter…Paper Factory was strange enough…

(As a side point, I did not kill the fuzzy little animals, I left that up to Munson the cat. And I especially liked mole fur… )

Anyway, I liked to build little art items, and I still do. Assemblage. What an excellent word. Assemblage. Not gluing stuff together, not making doo-hickies…Assemblage. Very noble.

My fondness for construction had few outlets in public school, except for my advanced art class with Mr. O’hara. I hated him for being critical of my work, and I loved him for pushing me to new heights. He sent one clay sculpture I made to a show in New York City, along with some other kids, and he helped me believe in myself. Even if I was a dope smoking, quaalude eating burnout. The aforementioned sculpture was a handbuilt piece, which I built on my own hand, with the palm morphing into a face and the wrist and forearm becoming a cloven hoof, and for good measure, a rat climbing thru the guy’s eye and out his mouth. Or perhaps into his mouth and out his eye. Interestingly, I cut up one of my Dad’s fine Chinchilla fur gloves and glued it to the bull’s leg…I can’t remember if I furred the rat… Anyhow, I was able to hang onto that piece into adulthood till I broke it in one drunken rage, or another. The next assemblage was a piece using syringes I heisted from Mother’s veterinarian stockpile (no needle) and vitamin tablets and capsules from Dad’s medicine cabinet. Adding a razor blade and some baby powder to my collage, and an image of an unconscious teenager, I was pleased with the result, and all Mr. O’hara did was give me an A+ and a raised eyebrow. Unfortunately, the Principal didn’t appreciate low brow art and my masterpiece was removed from the senior art show. (That’s OK, cause the vitamin E capsules had melted…)

There was a lull in my assemblage repertoire as my scholastic career ended and my addictions progressed. I don’t recall building any art for about 23 years, although I did build a long list of failed relationships, a few arrests and some stints in detox and rehabs.

Fast forward to 2014…It was four years after my Mom died, after a long depression and inability to create anything but poems, when I answered a local call to artists. I had never shown any art, but this call launched my formal art career and catapulted me into the local limelight. The call was about Treasure. The east coast of Florida, down around Melbourne to Stuart is called The Treasure Coast because of the mother lode of shipwrecks yielding tons of loot. This particular year was an Anniversary, so they wanted treasure themed art. This was for The Best of the Best show at The A. E. Backus Museum, an international juried season opening show. I knew nothing about the significance of any of this.

My piece was a sculpey carved cat head, which was made in high school 20 years prior , and left out in the garden to moulder. I brought it in, bleached it, and painted it like my deceased Mom’s beloved cat, Munson. As a huge fan of pirate movies when I was a kid, I loved the idea of a treasure chest. So I took all my jewelry, treasured hand-me downs, costume and fine, and proceeded to encrust this cathead like it belonged to the Ali Baba himself. It was a wonderment in its glistening splendor. (no, I don’t have an ego). I even put a rhinestone collar on it and a tag saying, ‘Munson, a Treasured Friend.’ It took an Award of Merit, which was pretty impressive for a first effort. And thusly, my noted career in assemblage began.

It was the tip of the iceberg, and a flurry of 3-D work ensued. A famous dragonfly made of a discarded patio table, curtain rods, gutters , roof decking and a couple of spaghetti forks came next, and a gutter snipe at it’s heels.

So, you see, my MerSea the Maid-Horse is part of a history of Assemblage excellence, by a little girl called “Paper Factory”.

PS: Mer Sea’s framework was built in 2015, while I was my Dad’s caregiver. She was all white, with an ironing board frame and wore a prom dress. I kept her in the living room after the show she was in and Dad, in his dementia, loved that horse like it was real. He would pat her on the nose and laugh like a schoolboy. I lost him a few months later. So Mer Sea holds a lot of meaning for me. Seems like everything I create does. But that is as it should be. Because it all began at the feet of the beloved one’s who first put the glue and scissors in my tiny hands. And called my Paper Factory.

I am an Artist, Poet and Author. A Survivor of Violent Sexual Abuse and Rape, I have lived thru Severe Domestic Violence, Twenty Three years of Addiction and Alcoholism, Family Dysfunction, Chronic Pain, Dependence on Opioids, and 2 Venomous Snake Bites...I have Been Stabbed, Shot at, Tied to a Tree and Choked Unconscious. A Quarter Horse Rolled on Me, as did a Lawn Tractor. I also Wrecked a Harley into a Tree! I also have PTSD and Rapid Cycling Bipolar Disorder, and spent my 18th birthday in a Locked Psychiatric Ward. I am so much more than this: I feel like a tiny seed that sprouted in a desert, and now has grown into a Passion Vine. My Art is my Voice, Screaming, Crying, Praying, Loving, Laughing, Healing- all in Riotous Color... View all posts by Susan T. Martin

One Reply to “Mer Sea the Maid-Horse”

This site uses Akismet to reduce spam. Learn how your comment data is processed.