.  This project was a couple years in the making for me, and was born from the bottomless grief I was dealing with then. As caregiver to both of my parents after a 23 year-long active addiction, and after a devestating breakup of my marriage when my ex went to Federal Prison, I was an emotional train wreck. I had not been creating visual art except for private sketches and some mural work, but I made a smart move during those early years back home with my parents by purchasing a Surface Pro in 2006 with all the bells and whistles. As a result, I did have a creative outlet in the new digital editing and photographic capabilities of this amazing device.

.  During the  long illness of my Mom, who was diagnosed with stage 4 colon cancer in 2007 (after years of passing blood but afraid to get a colonoscopy!!!!), I had much pent up emotion to release. Any moment of freedom I had was spent exploring the new medium I now possessed. I think I was at an advantage due to the fact that I knew no rules about photography, so I was very free to experiment and play. As a computer illiterate during my long years away from civilization, this was both hell and Utopia as I navigated thru the most basic techie stuff. But I was enthralled. I could take a photo and make it a work of art!

.  Alas, my next 9 years were so pain-filled, as Mom’s cancer progressed she and I had to navigate colostomy’s and ileostomy’s and her suffering was so acutely mine that I wanted to die with her. And a huge part of me did, on the first day of spring in 2010, her birthday and day of death. I wrote endless prose and poetry, keeping her alive in words and rivers of tears.

.   That seemed like a joy ride compared to nursing my father until his death. Dad developed dementia even before Mom died, and it became full blown Alzheimer’s afterwards. He also had prostate cancer which had been diagnosed 20years before but had never been treated. Years of violent outbursts and vile language and hate filled conversation poured out of my Father for the better part of Six years, and out of my warped sense of love for my mean Dad I determined in my heart to never let him go to a nursing home.

During those years I had a catastrophic fall which injured my brain, neck, back, shoulder, hip and knee, causing me to undergo a 12 hour double neck and back operation so that I would only have one recovery and could be up and about within weeks to caregive again. Wow. Five levels in my neck were fused and a previous 3 level lumbar fusion was repaired and taken up another level. I had torn major cartilage in my hip, needed arthroscopic surgery there and in my shoulder, and also was left with a type if vertigo that still effects me on a regular basis 7years later! Oh, my. Need I mention my mental illness battles with rapid cycling Bipolar Disorder and  PTSD from a history full of childhood sexual abuse, violent sexual assault and rape as an adolescent and severe emotional and physical abuse due to 7plus years of Domestic Violence? No, I really had given myself a heavy, heavy load to carry with Daddy. But somehow I did it.

.   I cannot describe the last weeks of his life, as there was a lawsuit and a non disclosure agreement with the establishment that hastened his death. But his last night was spent in a hospital bed at home, alone with me, while he screamed and pleaded with God and me to help him. For hours. And hours. The morphine did absolutely nothing so I covered my ears with my fists and screamed with him. 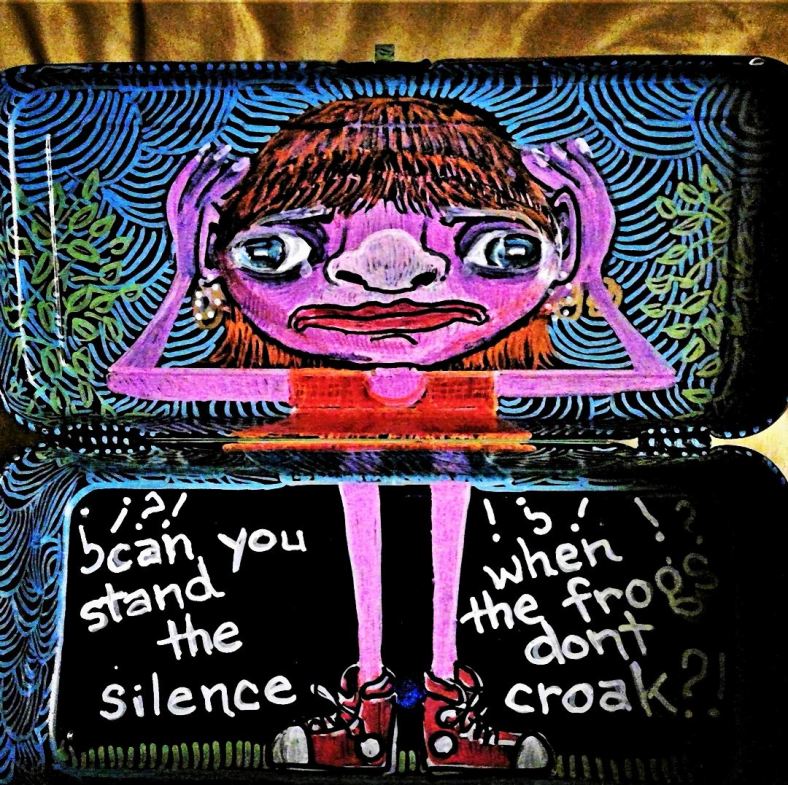 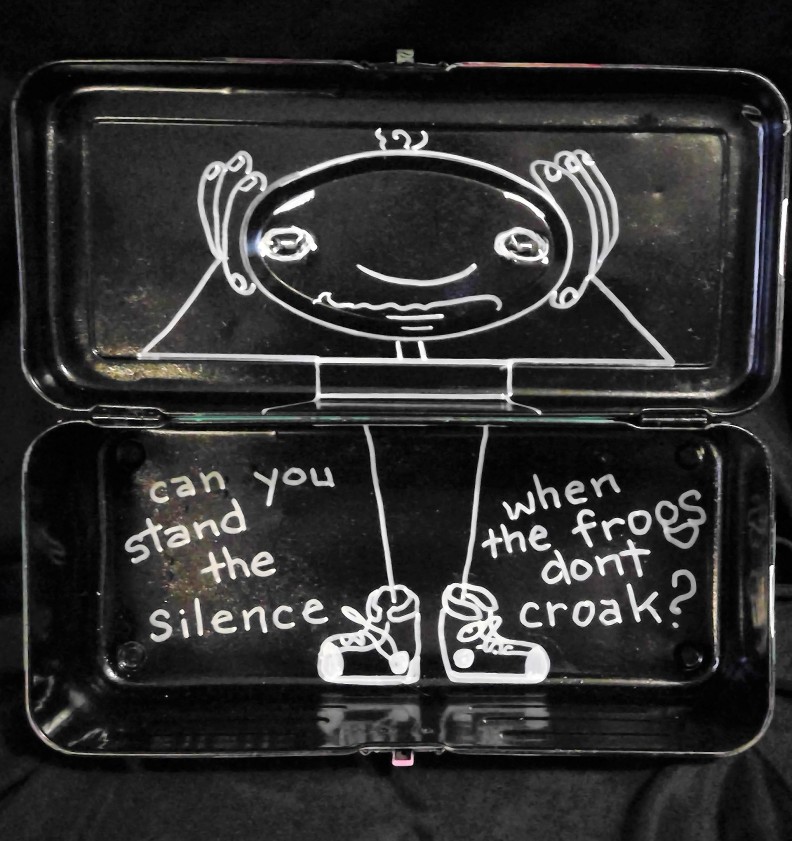 .  During this unimaginably daunting, heart-wrenching and overwhelming time in my life there was a story on the news that just planted itself in my brain, because it was so horrific. A group of 27 immigrants were being smuggled into this country from South America. My video is my interpretation of what they went thru, and also a cry for compassion towards all who suffer such indignities and trauma.

I am an Artist, Poet and Author. A Survivor of Violent Sexual Abuse and Rape, I have lived thru Severe Domestic Violence, Twenty Three years of Addiction and Alcoholism, Family Dysfunction, Chronic Pain, Dependence on Opioids, and 2 Venomous Snake Bites...I have Been Stabbed, Shot at, Tied to a Tree and Choked Unconscious. A Quarter Horse Rolled on Me, as did a Lawn Tractor. I also Wrecked a Harley into a Tree! I also have PTSD and Rapid Cycling Bipolar Disorder, and spent my 18th birthday in a Locked Psychiatric Ward. I am so much more than this: I feel like a tiny seed that sprouted in a desert, and now has grown into a Passion Vine. My Art is my Voice, Screaming, Crying, Praying, Loving, Laughing, Healing- all in Riotous Color... View all posts by Susan T. Martin

This site uses Akismet to reduce spam. Learn how your comment data is processed.

Where Sparks turn to Fire 🔥

Your eyes, my lines.

One Mountain at a Time

a blog of hope by savannah wall

Thoughts on life... by Donald B. Wilson

From Equator to Igloo